AG&P greenscape was founded in 1986 and has evolved over the years in its methods of governance, work and research. The founding partners Emanuele Bortolotti and Paolo Villa have always approached the project in an interdisciplinary manner, a characteristic that has allowed them to develop and modify the structure of the studio over time, responding to the challenges encountered with determination.

Today AG&P greenscape is a dynamic and open organization that invests constantly in the quality of its work and its collaborators, able to operate in different contexts and at every scale of the project. The team is made up of over 20 professionals who are able, thanks to their different areas of specialization, to tackle the entire field of landscape architecture.

The partners Emanuele Bortolotti and Paolo Palmulli are carrying on the work, always with one eye on the future and the other on the conceptual and formal legacy left by the architect Paolo Villa, who passed away in 2019.

The presuppositions for an idea

The agronomist Emanuele Bortolotti and the architect Paolo Villa, after an internship of about two years in the studio of the landscape architect Giulio Crespi, get together with Emanuela Borio to explore the idea of setting up a studio of landscape architecture, a field much neglected at the time everywhere in the country. 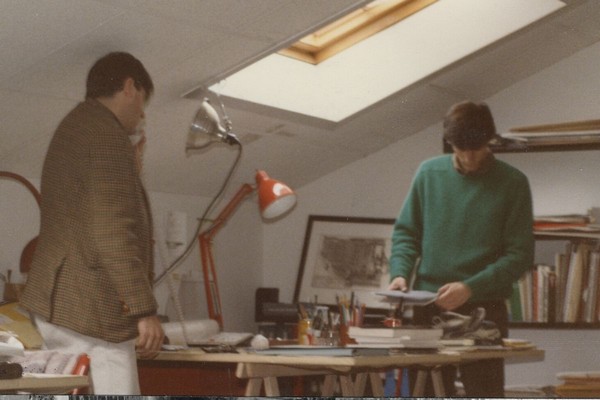 The Studio AG&P (Architettura dei Giardini e del Paesaggio Srl) is founded with its head office in Via De Amicis, one of the first Milanese studios to practise the design of parks and gardens. At first the studio finds the going hard, in a fairly unreceptive scenario, but things begin to change and the move will prove to be a smart one. 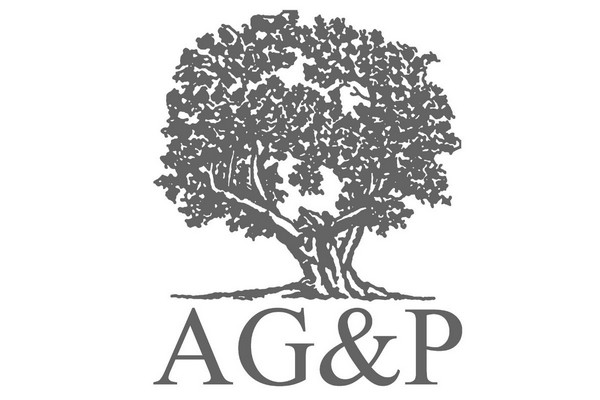 The studio’s professional activity is combined with teaching

The studio finds itself working on a firm footing and in parallel the partners get involved in education, both at a university level and in support of schools of vocational training. Significant engagement and important roles in the AIAPP (Associazione Italiana di Architettura del Paesaggio) as well. 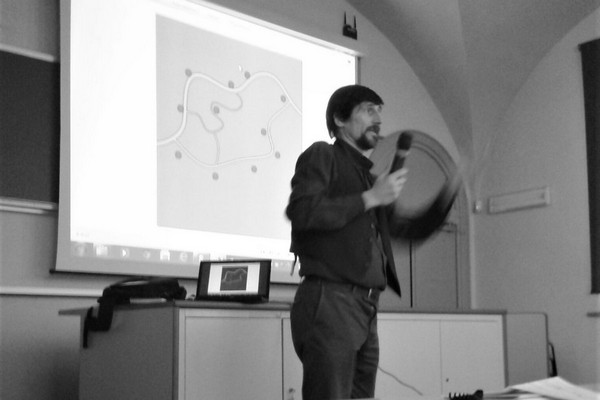 The search for an identity

Paolo Villa’s book La costruzione del Giardino: metodologie di progettazione (“Garden Construction: Methodologies of Design”) is published. An innovative theoretical and practical manual, it is intended to serve as a point of reference for the discipline. In parallel Emanuele Bortolotti becomes a consultant to several magazines on matters connected with parks and gardens. 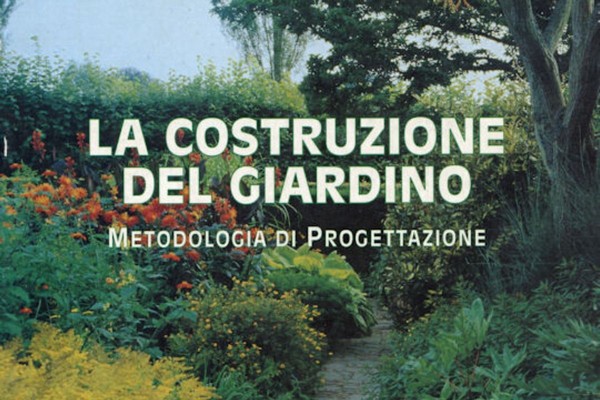 The promotion of the landscape

The studio becomes a great opportunity to promote the landscape: study meetings and cultural and research activities are organized. The number of clients and the range of works increase and the field of action is broadened to include works supervision and various forms of specialist consultancy. 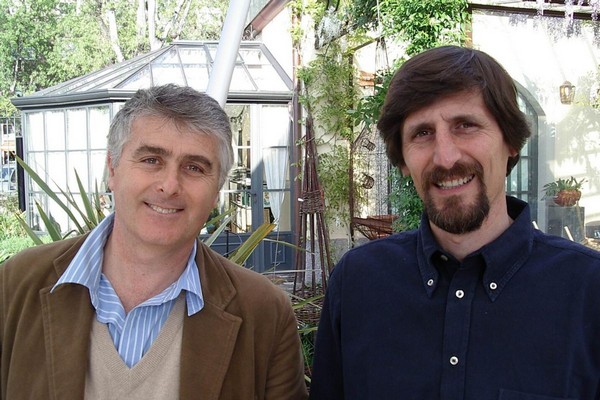 The AG&P studio expands, its field of activity becoming increasingly open to themes connected with the landscape and better integrated, thanks to the contribution of new specialist consultants. A new head office is installed in a converted warehouse in the heart of Zona Tortona, a centre of creativity, fashion and design. 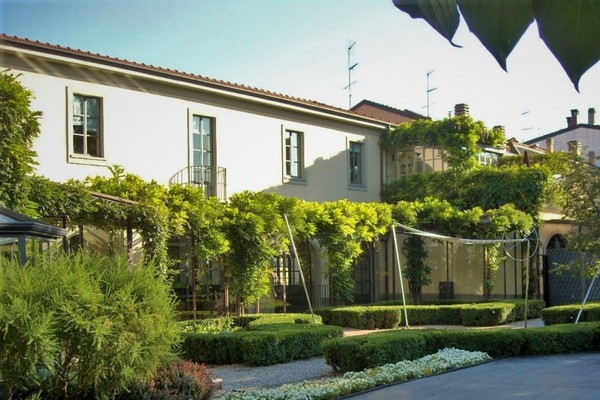 Environmental questions and the need for parks and gardens in cities are covered in two new publications: Emanuele Bortolotti’s Il giardino inaspettato: trasformare angoli di cemento in spazi verdi (“The Unexpected Garden: Turning Expanses of Concrete into Areas of Greenery”) and Paolo Villa’s Solido come un Parco (“As Cohesive as a Park”), the park as generator of new social dynamics. 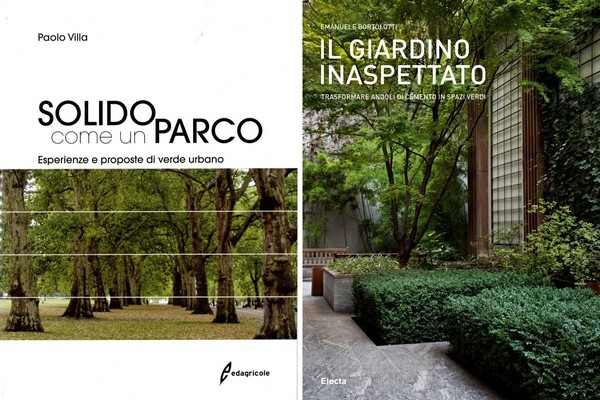 AG&P makes it onto the list of the top 100 architecture firms in Italy and comes nearly at the head of those specializing in landscape architecture (source Il Sole 24 Ore). The architect Paolo Palmulli, already a member of the studio’s staff in the capacity of general manager, joins the firm’s ownership structure. 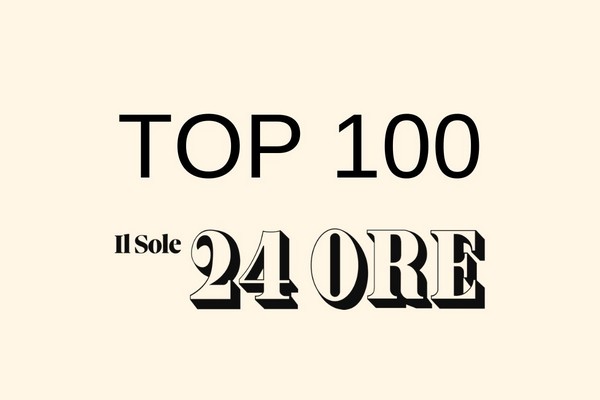 Paolo Palmulli and Paolo Villa’s book Paesaggio diffuso (“Diffuse Landscape”) is published, exploring the theme of the quality of the landscape as a fundamental ingredient in the improvement of the quality of life through an account of the extraordinary experience of designing a new and large housing development at Segrate (Milan). 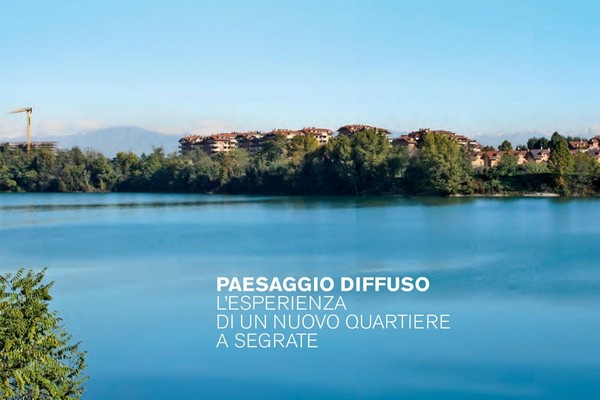 First open studio at AG&P’s office during Milan Design Week, a get-together moment aimed at increasing understanding of the great deal of work that underpins the design of the landscape, from the concept to its realization. The firm starts to address a broader swathe of the public, paying ever closer attention to social and communicative aspects. 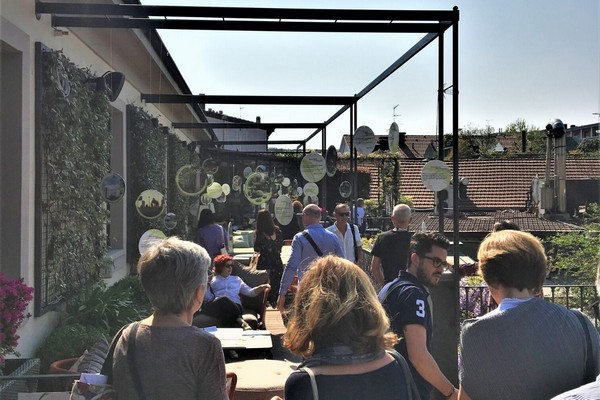 As the practice reaches its thirtieth anniversary the necessity arises for a renewal in order to adapt to an ever broader and more international market. In fact since 2010 the firm has progressively expanded its collaborations with foreign practices, offering consultancy services and realizing works: AG&P officially becomes AG&P greenscape Srl . 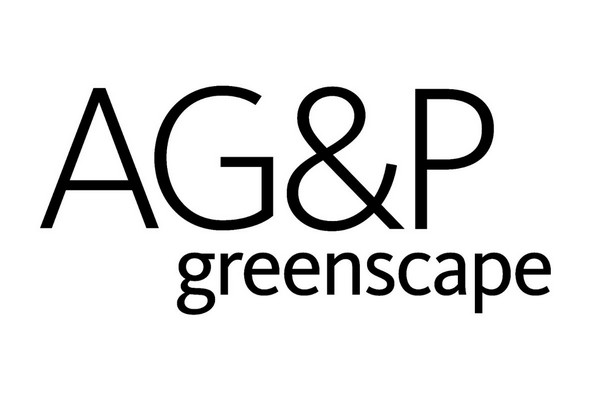 An all-round vision of the landscape

AG&P greenscape opens its new office in Turin, at Via Giovanni Plana 3, in order to respond more effectively to a constantly growing portfolio of clients and projects that has required the consolidation of an ever wider and more competent, network of professional collaborators. 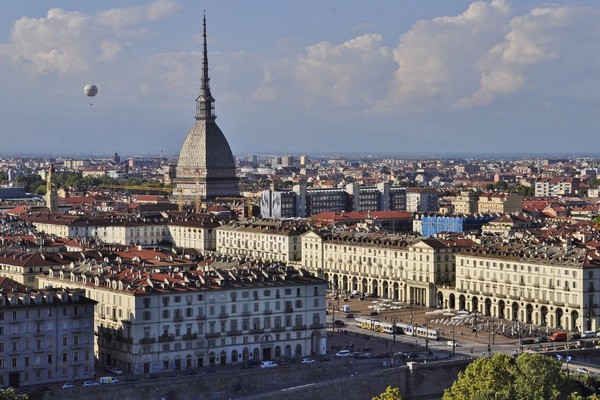 AG&P greenscape is playing an increasing role in drawing up master plans and schemes of urban transformation on a large scale. The utilization of new instruments and technologies has permitted a significant evolution in territorial analyses and modelling of the landscape. 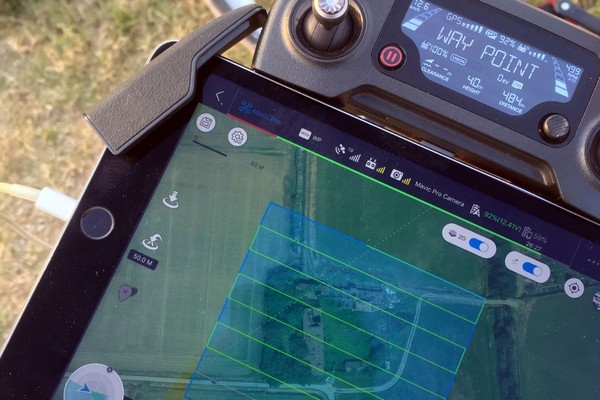 The studio has to face up to the sad loss of its founder Paolo Villa, but consolidates its structure, building up a team of over 20 interdisciplinary professionals able to operate in different contexts and on every scale of design. 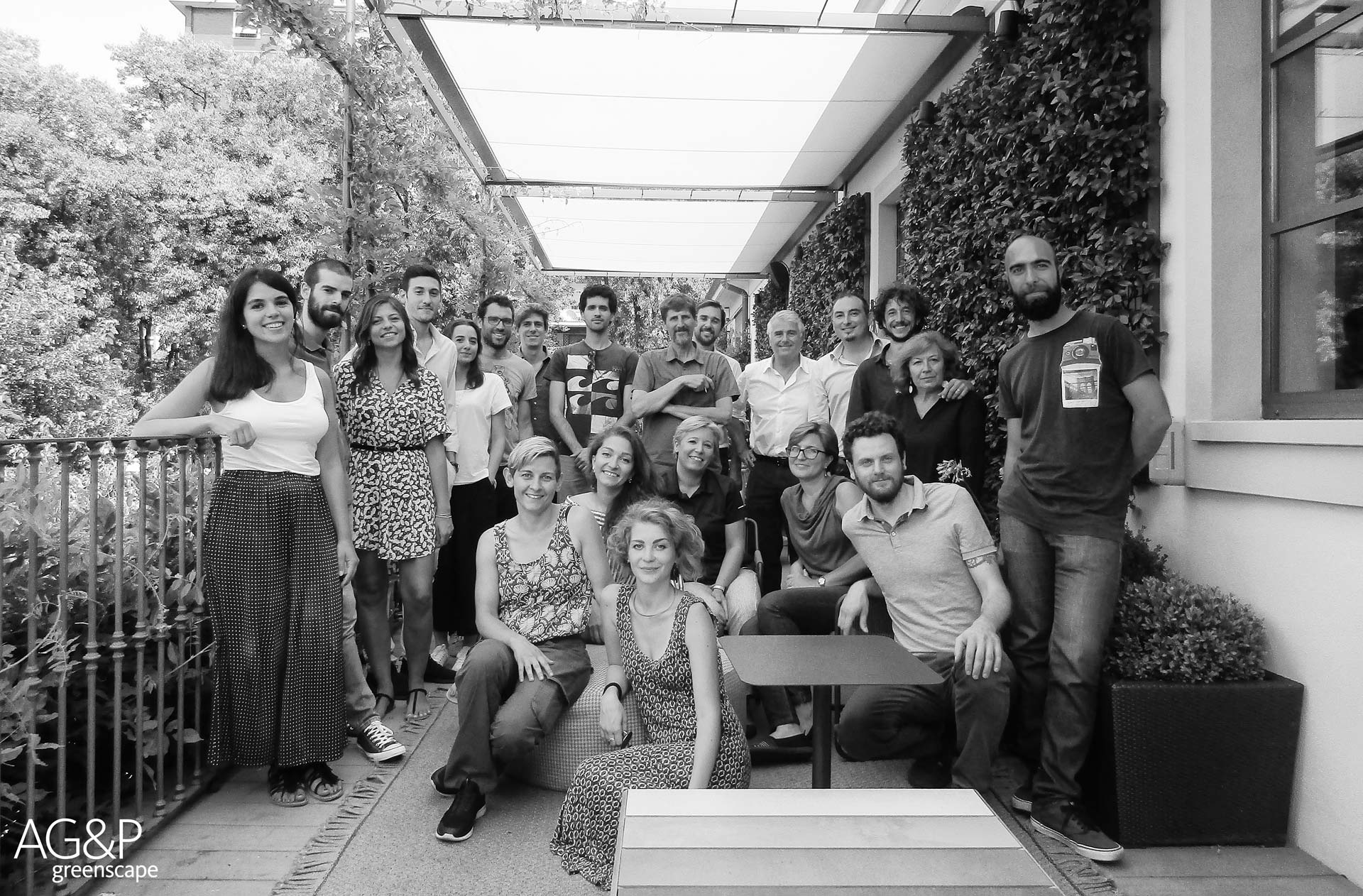 All the events
Main events

Born in Milan in 1958, Paolo Villa was one of the most important architects working in the field of the design of the garden and the contemporary landscape in Italy. In 1986 he founded the studio AG&P greenscape with Emanuele Bortolotti, in partnership with whom he carried out his professional activity for over thirty years in Italy and abroad.

In addition to design at various scales, he devoted himself to teaching at the faculties of architecture in Milan and Genoa, the Accademia di Brera in Milan and the Agricultural School of Monza Park, ISAD. As well as publishing a number of books and articles, he served as national chairman of the Italian Association of Landscape Architecture (AIAPP) and edited the magazine Architettura del Paesaggio, contributing with great enthusiasm to the Italian debate over the subject of landscape.

At AG&P greenscape we remember him as a mentor and a person with incredible human and professional qualities, still capable of inspiring us in our work today.

“A solitary tree grows freely in the air. But there are trees that prefer company, that help each other, that stand with other trees.
In the AG&P Forest there are solitary trees and trees whose foliage is intertwined. Each plant has a character and a story of its own. Plants grow in harmony and arrange themselves in such a way as to obtain the maximum efficiency. In the forest they mature in concert.
If you look at a wood you see a mass of foliage, but if you walk through it you can encounter each plant, listen to the sounds it makes and smell its fragrance. Trees are a fascinating harmony of roots, trunks, branches, leaves and flowers.
Living among trees you grasp the relationship that binds them to the forest: some leave room, others fill the gaps, some reach for the sky, others drop abundant seeds.
The forest is grateful to generous plants.”
Paolo Villa