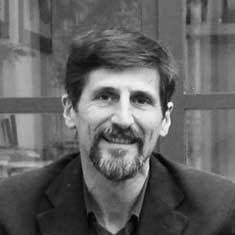 Garden and landscape architect, he founded the studio AG&P in 1985 with Emanuele Bortolotti. He trained in the field of private gardens, and enriched his professional career in thirty-five years of experience with interventions on parks, urban gardens, landscaping, residential and environmental requalification. He was an Editor of the “Architettura del Paesaggio” magazine (2012-2016), national President of Italian association of landscape architecture (AIAPP) from 2009 to 2012. Contract professor at the Faculty of Architecture in Politecnico di Milano (1999-2011), at the Faculty of Architecture in Genoa (2009-2011) and at the Accademia di Brera (2002-2004-2008); coordinator of the two-year course of ISAD Garden Design (1994-2001) and Orientation Courses of Fondazione degli Architetti P.P.C. di Milano; also lecturer at the masters, postgraduate schools, professional courses; collaborate for twenty years with Scuola Agraria del Parco di Monza.
Author of the manual “La Costruzione del Giardino” and the book “Solido come un Parco”, coauthor of “Architettura del Paesaggio in Italia” and of “Paesaggio Diffuso”; besides has published numerous articles and his projects were published in magazines and books. Supervisor, moderator, jury member, scientific committees and  promoter of many initiatives in favor of landscape culture. In 2017 Biagio Guccione has inserted him among ten more influential landscape architects.