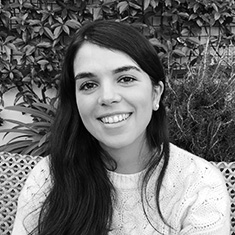 Born in Faenza (Ravenna) in 1987, she graduated in Architecture at the University of Ferrara in October 2012 with a thesis on the enhancement of the periurban landscape in Bologna.
In 2013 she obtained the Architect qualification.
After some experiences in Italy in various offices (TASCA Bologna, OBR Genova, PROAP Treviso …) at the beginning of 2015 she moved to Berlin. Once there she collaborated with the international landscape office TOPOTEK 1 for three years, working both on competitions and on construction design on the different phases of the project in English and German.
Back in Italy in 2018, she moved to Milan in January and after an experience with LAND Italia, she started in July a collaboration with AG&P office, following national and international projects, from the preliminary to the executive phase.
She cultivates a particular interest in landscape and urban design, with particular attention to the nature and conditions of public space and urban regeneration. She is attracted by all types of spaces, from interpreting their potential and from the fact that they can always be generators of sociality and opportunities for growth for the community.